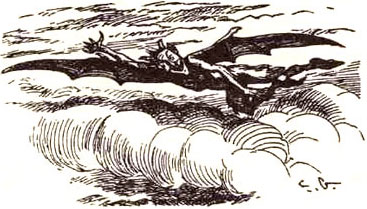 This is a story of a huge bat, a vampire that inhabits and animates the body of a hanged man. It is an ancient Hindu legend composed in Sanskrit and predates “Tales of the Arabian Nights”, “The Golden Ass” of Apuleius and “The Decameron” by Boccacio.

King Vikram, (King Arthur of India) is challenged by a magician to carry a hanged man to him. But the vampire has other plans. The tales the vampire tells as he plays his tricks on the king are witty and sage. But the challenge undertaken by the king has grave consequences for the world if he does not understand the vampire’s game.