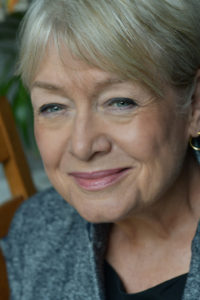 Margaret Firestone began her career as a classically trained musician and performed professionally for many years. By the early 1970’s, fascinated by her experiences as a musician and her work with other artists, Firestone pursued her questions about the psychology of the creative process. To add to her undergraduate degrees in music and literature she studied theater directing at Tufts University; trained for two years in organizational psychology at Rutgers University and received a Master of Education from Rutgers University in the Psychology of Creativity.

She joined the public school system in the mid-1970’s and with a team of teachers, administrators and parents, Firestone co-led and designed an interdisciplinary arts and academic curriculum for high school students. Two large high schools in New Jersey adopted this program. Firestone established a teacher training manual for Johns Hopkins University. The manual designed, implemented and evaluated interdisciplinary curricula for incoming freshman at the University.

Pursuing her curiosity about the phenomenon of thought in psychological life, Firestone graduated in 1986 with a Master of Arts degree from the University of Chicago. Elizabeth Kohut, wife and collaborator of Heinz Kohut, mentored her for two years in the clinical practice of Self Psychology and Dr. Arwind Vasavada, a Jungian analyst and co-founder of the CG Jung Institute in Evanston, mentored her for twelve years in the practice of Jungian analysis. During this apprenticeship of the psychology of mind with Vasavada, Firestone traveled between Mumbai and Chicago for intensive instruction in Indian philosophy (Sankhya, Vedanta and Yoga).

For the past 33 years, Firestone has practiced psychotherapy with private and group clients and devised her own unique method of charting processes of the unconscious. She also works with young people, emphasizing study skills, concepts in mathematics, physics, philosophy, history and writing, calling upon Shakespeare for inspiration. Her groups with adults have focused on the creative process in work and in life, often extending for weeks and years.

In April 2010, she launched cReative asyLum, a community of professional artists who research the psychological causes of evil and violence and grapple with ways to stay mindful in challenging times. Their study includes depth psychology, active imagination, comparative philosophy, and social thought. A leadership training program is woven into the curriculum to enhance collaborative work.