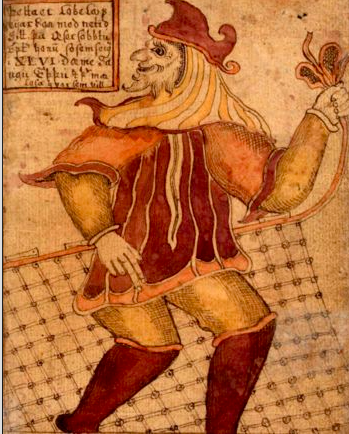 We are all stunned by the outcome of the election– as are Mr. Trump and his family. By 11pm the television commentators were wide-eyed and ashen when they realized that a man who has been universally reviled was on the way to being elected 45th President of United States. What might the coming days bring, they fretted. Historically such questions occupy our minds in times of dire physical, political, economic and spiritual distress.  Mr. Trump has stepped into an archetypal role of leader– a place more powerful than he could ever imagine. Because if the king is sick, we are all sick. This knowledge lies in our bellies, au fond. And now lies in his.

In his essay on The Undiscovered Self, Carl Jung observes that in the West spiritual change occurs every thousand years, a doctrine we now call millenarianism. Typically, at the turn of a millennium, depending on the calendar is use, visions of utopias and apocalypses abound. A good map of today’s collective concerns can be found on cinema and television screens.  Superheroes, Nordic myths (Game of Thrones et al.), zombie movies, visiting or invading aliens from outer space, et cetera.

In other words, there is mass anxiety when deep global change is afoot. We feel alone and unprotected from forces far greater than us and we are unable to halt their momentum.  That is…. until a strongman, a salesman, no matter his mental stability, looms tall and loudly states to the relief of the believing 60% (now we know) that he will stop it all. He will fix all the upheaval of change rather than help us navigate the inevitable and necessary pain of change.  Now Mr. Trump is stuck with the job he applied for and last night, if you stayed up past 2am to watch his acceptance speech, you saw realization dawn in his eyes and in the somber faces and downward gazes of his family members. He has marshaled an agitated group of people into an unruly collective force like Phaeton who stole his father’s sun chariot and tried to drive its team of horses across the heavens.

However, the shadow side of this incredible tumult can be the uncovering of the true American spirit where there is no 60% or 40%. Instead, who we find in each of us is one determined spirit to face the future together. That means we must find our various ways of putting down our weapons of self-defense, put aside our fear of the other, listen to what each one of us has to say and eventually find a middle ground. This will take tremendous effort. It is this grit that makes America great. We’ve done it before. We will do it again.

It is also very optimistic to think that the majority of any voting population is mentally stable. Aligning our energies will be quite a feat. We have to take that fact into consideration as we move forward. The unintended consequence of this election just might be that we learn how to have patience and tenacity to enhance our gifts of reason and critical reflection. Success in this respect means becoming more emotionally mature and whole as a nation of diverse people.

The stability of emotional maturity is not like a calm sea. Stability is wavering and inconstant especially when political groups are large. We cannot overestimate, as we did with the Obama family, that one person or one group can shelter us by their humanitarianism and sense of justice. If Mr. Trump and his family promise to shelter us, we cannot overestimate their little group strength either. We must examine our national temperament, our public education, and the equilibrium of our politics and economy. If our country has a moment of weakness, authoritarian tyranny will take over. To deter this eventuality, we must roll up our sleeves and do our jobs – for the good of all.

I must end here. Next Monday’s letter will continue in this vein. I think I’d like to tell a tale about the value of the Trickster in society. Every culture has trickster heroes and heroines in their mythologies, mischief-makers who upset the stability of a family or a community. They are an ever-present creative force in Nature. Some are gods and some are demons. However, none cross the line into evil.

PS If you need to calm your spirit please go to the meditation page on my website  https://peggyfirestone.com/recordings-for-meditation/